29. October 2018 by Papierzucker Bookmark the permalink

Oof, this took a while. This time I really had a hard time coming up with something cool for my illustration project. Last time I told myself to get the best out of future prompts and to be more creative and crazy. If I had known what the next prompt would be I probably wouldn’t have said that. Anyway, in the end it was for the best, because I’m really happy with the results.

I’ve already talked about the outcome, but haven’t mentioned the prompt itself. As you probably know the words uniform and stage are very ambiguous (again). Uniform can be understood in the sense of ‘clothing’, but also as ‘homogeneous’.

When I read stage I immediately thought about the meaning ‘theatre platform/spotlight’ and only later the meaning ‘phase’ came to my mind. I decided to go with the latter, because I think it’s more interesting and you can play with that a lot more. 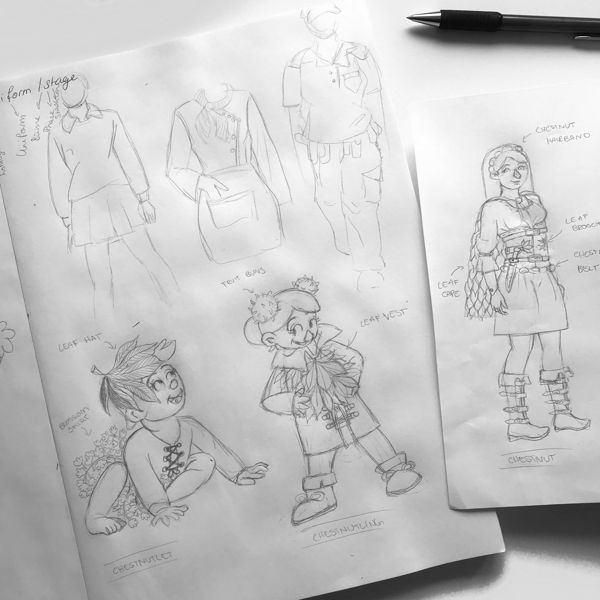 Inspiration waits around every corner – or sometimes on the floor

Because I really had no idea what to do with this prompt I just started sketching some people in uniforms. I hoped that some creativity or inspiration will hit me doing that, but no… nothing. That’s why I put the pencil aside for a while. Then I had the idea to take different age groups and design a uniform for each one of them, but they should still look like ONE uniform. I liked this idea, but at this point I got stuck again. I already had drawn the pose of the baby, but I had no clue what kind of uniform I wanted to design.

Later, when I was on my way to work, I saw some chestnut fruits on the floor – you know, the one with the spikes. I thought, huh, chestnuts come in three phases: the flowers, the green spiky thingies and the shiny brown ones. I really could feel that brain wave.

At first I collected a lot of pictures on a Pinterest board to get some inspiration for the uniform design. Then I sketched out three character poses and started ‘dressing’ them. I had so much fun working with this concept. It had its logic. The leafs and the colors green, brown and gold are the connecting elements between the three stages. The only thing that changes with the age stage is the stage of the fruits. 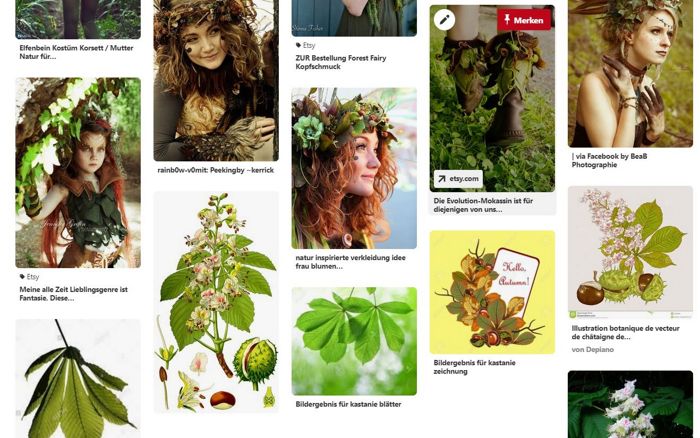 I wanted to give the character a little backstory and I thought it would be nice to have names for the three age groups – you know, like a position in the chestnut community. The pre-school children are called Chestnutlets, the school children and younger teenagers are the Chestnutlings and the older teenagers and the adults are simply the Chestnuts. I love word building! Of course, the chestnut people live in a magical wood with many chestnut trees. They live in close touch with nature and they honor and respect the chestnut trees, which are their key resource. 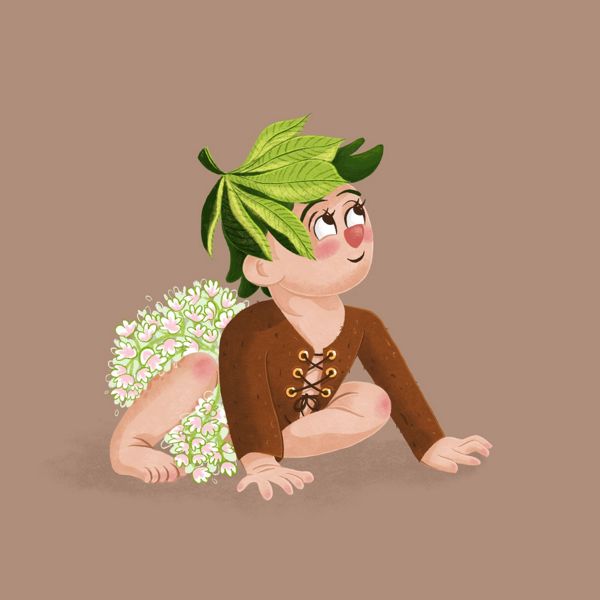 Hey, why does this looks so different?!

Finally I want to talk a little bit about my painting technique as well. Prompt no. 5 is the first one that I completed on my iPad – for different reasons.

Because I wanted to design three characters that work for their own, but also with each other, I figured it would be easier to approach this digitally. This way I can work on every single character first and put them together in the end. I could adjust the size of the characters or add things I haven’t thought about before. Maybe I am working on the third character and I realize that I want to add this and that bit to the other two characters as well. Sometimes I have to adjust stylistic details when working on bigger projects. I know myself and when I work on a project for a longer period of time I can see my progress within the project. That leads to a shift in style, too. Working digitally I have the possibility to counteract these kinds of problems and make sure that my style stays more consistent over characters.

Another thing is that I can carry around my iPad pretty much eberywhere I go to work on my drawings. 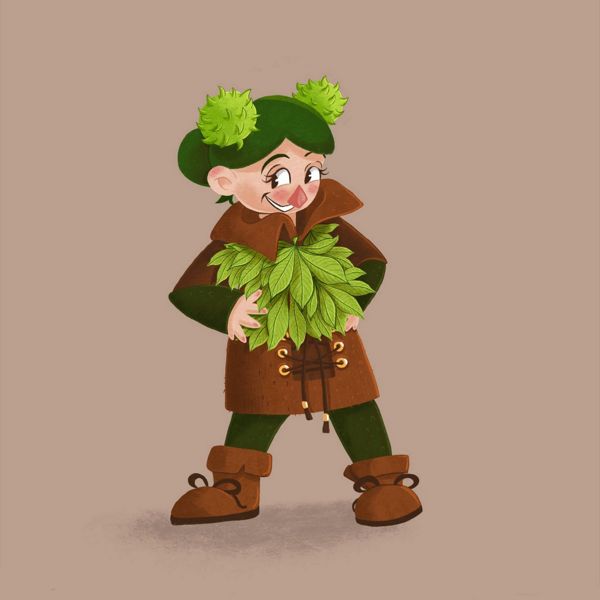 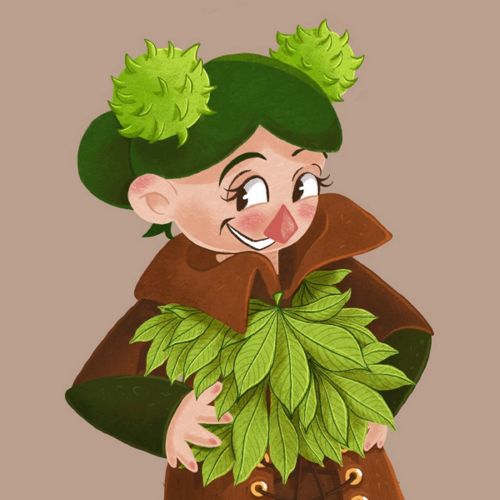 As I already said in the beginning I am really happy with the results and the concept. It took me a while to find a good idea, but once inspiration hit me it was really easy to do the rest of it – the design was a logical consequence of the idea. 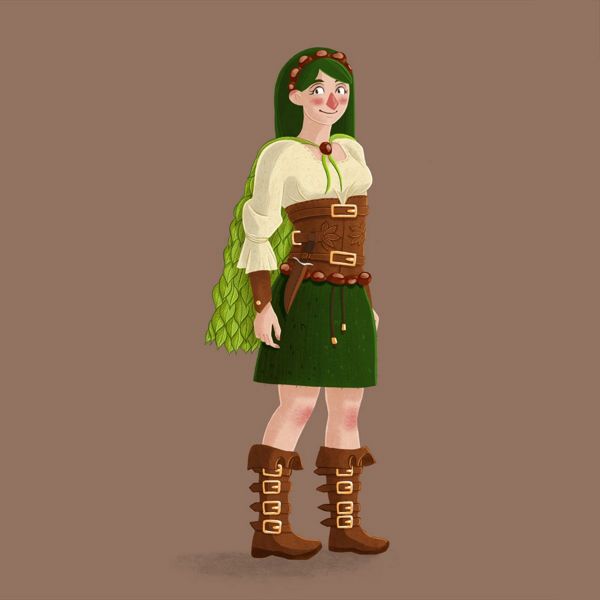