23. July 2018 by Papierzucker Bookmark the permalink 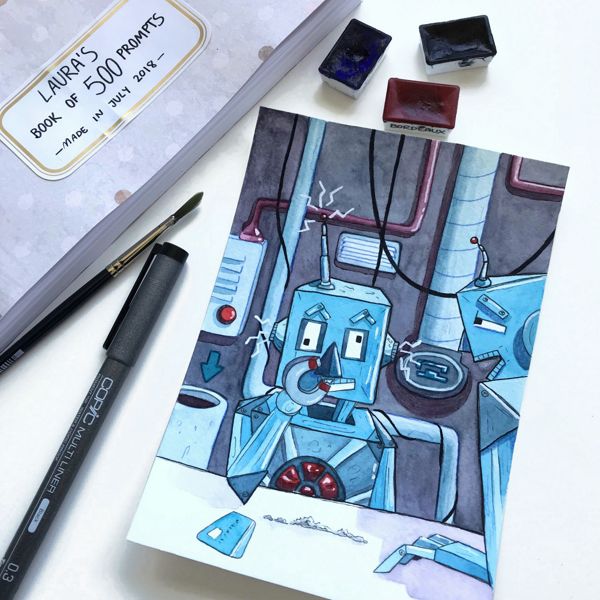 Oh well, this was quite exciting! The first prompt from my handmade drawing prompt book!

The Process of Finding a Good Idea

Before I talk about my thought process you have to know that we have a German word for line which is Linie, but we also have the word Line pronounced like the English word and meaning ‘a line of cocaine’ (in most cases). With Linie we usually mean a long mark on some surface, a row or something similar.

Okay, now that this is clear, let’s move on. At first I thought about ideas including the German translation of line (Linie). My Google research about zinc taught me that this element’s main purpose is corrosion control. Zzz… so boring! Most of the Google pictures showed the element zinc itself or watering cans. So I drew a person watering flowers that were arranged in a wavy line. But come on, that was just too easy and super dumb. Kasey always says in her videos that she doesn’t want to draw the most obvious things and that the prompts are supposed to push her to come up with original ideas.

My second idea was to create a character made out of zinc because I thought this would look very cool. Unfortunately, I didn’t know how to incorporate the line there. 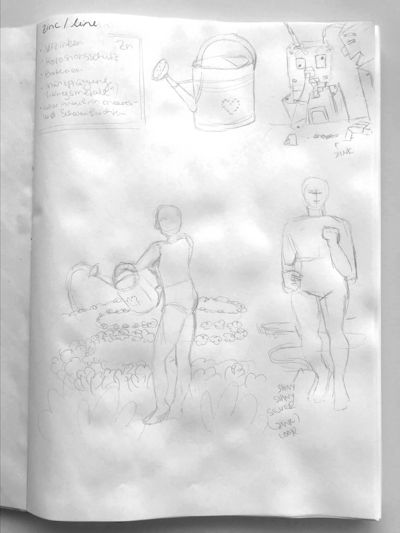 Wow, my sketches look very glamorous,don’t they? Also the paper buckled a lot on the first page because it’s right behind the page I glued to the cover….oh well… doesn’t matter.

Here comes  the plot twist. I thought, hey, we also have the word Line in German – maybe I can do something with that?! Immediately, a compound was formed in my head consisting of the words zinc and line. I thought, hmm – who would snort a zinc line or who would have fun doing it? Of course! Robo-junkies! I found this idea very funny because you can play around displaying human emotions through technical features, e.g. little flashlights and such. I imagined those robo-buddies that are tired of their boring work trying to bring some variety into their lives. But please, don’t try this at home, my friends!

I’m pretty happy with the idea, however,I definitely want to improve my drawing style for such illustrations. I’m also proud that I created a full background for this piece. 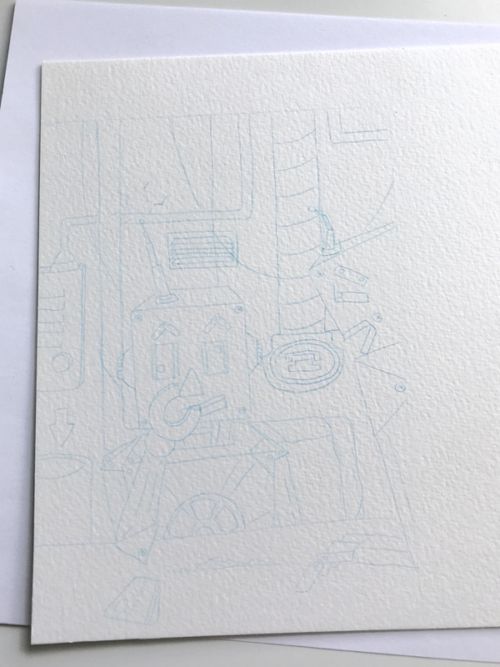